Seminole Electric plans on staying in Putnam County for years to come as it moves forward on plans to build a new natural gas-fired plant.

The nonprofit cooperative updated local officials Thursday on the timeline of the $727 million project. Seminole Electric executives said construction at its Palatka facility will start early next year, with the project scheduled for completion in 2023.

Once the new plant is operational, Seminole plans to remove one of its two coal-fired units in Palatka.

“There are about 20 of these type (of)  plants being built in the entire world,” Reed said. “This is the most efficient power plant available on the market today. When this facility is up and operational, people will come to visit it from all over the world. It will be one of those, ‘Hey, we might want to build one of those,’ and they’ll want to come and see one that’s in operation.”

Reed said a similar plant was built in France two years ago.

“It holds the Guinness world record for the most efficient power plant,” Reed said. “We’re getting one of those right here in Putnam County. That’s kind of exciting.”

The Seminole Generating Station is located on about 2,000 acres in Putnam County off U.S. 17 and went into operation in 1984.  It employs 270 workers while providing power to 22,151 meters in the county through Clay Electric.

With its two coal-fired units, the facility currently produces 1,300 megawatts of power. Once the new plant is online, the Palatka facility will generate 1,700 megawatts – a 27% increase in power output. Company officials said replacing one of the coal stacks with the natural gas-fired unit will result in a 40% reduction of air pollutants and a 34% reduction in carbon dioxide emissions.

Ryan Hart, Seminole’s director of communications and energy policy, said the cooperative plans to maintain one of the coal units for energy diversity.  He said the company has always found Putnam County to be a “wonderful business partner.”

General Electric will provide major equipment for the new plant, while TIC-Kiewit is the construction contractor. Reed said construction career fairs will be at a later date.

Hart said the new plant will require about 30 workers to operate. He said the company is still evaluating how many workers will be needed to keep the one coal unit operating and looking at how current employees will be affected once the project is complete.

Seminole announced plans for the natural gas plant in 2017.

“Our board intentionally gave Seminole five years in the hopes as we remove one of our coal units from service and transition to the combined cycle facility, that through natural retirements and job attrition and retraining, that we would be able to minimize the impact on any of our employees,” Hart said.

“There will be less full-time jobs at the new facility once it’s completed, but we are working with our employees to minimize the impact on the workforce. We’ve started a job retraining program on combined cycle technology and have over 150 employees participating in our training.”

Reed said other sites were considered for the new plant, but there were multiple reasons Seminole decided to remain in Putnam County.

“There is existing infrastructure at the site that we are able to utilize,” Reed said. “But the biggest reason we saw to stay in Putnam County is our relationship with the community. We value being a part of this community. We are a rural electric cooperative. This is a rural area of Florida, and it fits with Seminole.”

Reed said in addition to air quality improvements at the site, no wetlands will be impacted and protected species are being relocated. He said 54 gopher tortoises have been moved to a preservation site before site clearing begins.

U.S. Rep. Ted Yoho, R-Fla., said the investments Seminole Electric continues to make “in our community is both exciting and humbling.”

“The vision of Seminole Electric is exactly the type of leadership we need as Putnam County continues to grow,” Yoho said. “As a major employer in this area, they are not only willing to invest in the future of their operations but (also in) the future of our county.

“I am especially excited about the move toward energy diversity within their portfolio that will feature natural gas predominantly in coming years. I want to thank them for investing their time, effort and energy into Putnam County and our citizens.”

Bill Pickens, chairman of the Board of County Commissioners, said he was thrilled to learn of Seminole’s plans to start the project.

“I’m excited they are recommitting to Putnam County and about to start on this project,” Pickens said. “They will remove one coal-fired plant, but the construction of a new natural gas plant to take its place is a positive for Putnam County.

“It’s going to be a very efficient plant and will reduce emissions. And the construction jobs may peak at around 500, so it will definitely help with the local economy. It’s a win-win for Putnam County.”

Pickens said Seminole has been a “great corporate citizen.”

“It seems like they’ve done an extreme amount of planning, and I’m just really impressed with what is a great project,” Pickens said. “The biggest thing is they’ve supplied really good jobs here for almost 40 years, and they continue to give back to the community.”

Lisa Johnson, CEO of Seminole Electric, said it was important to meet with local officials to discuss logistics of the project and challenges that might come into play as equipment is delivered for the new plant. She said Seminole will keep the community updated on the project.

“It’s a big project for us, and it’s over $700 million invested in this community.” 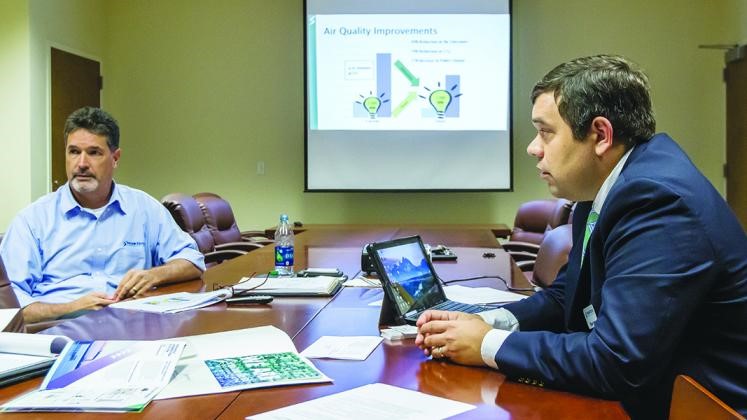 Tom Reed and Ryan Hart of Seminole Electric talk Thursday about plans the company has for upgrading the Palatka plant. 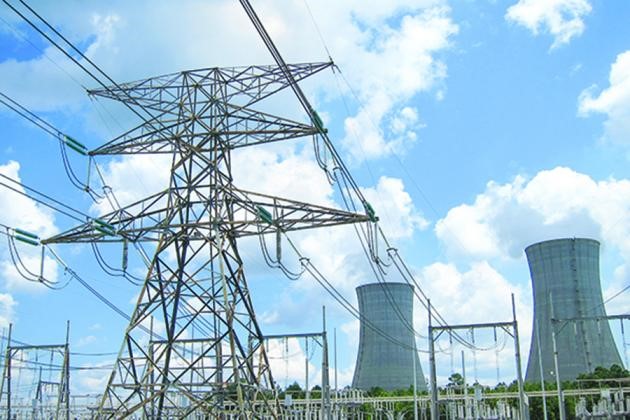 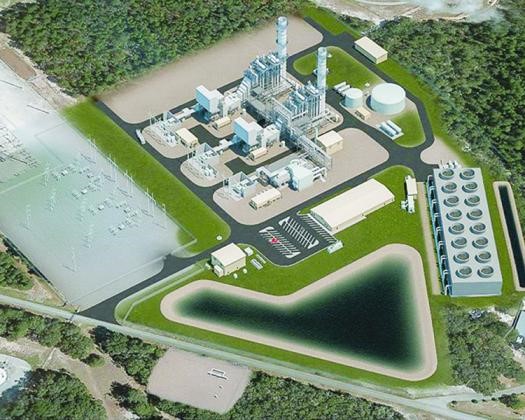